There IS No Greater Love

Another divine appointment. And more dots are connecting...

On a Sunday afternoon, in September, as I was traveling to the SWLA War Veterans Home, for an upcoming "day job" assignment, I received a call from the director of this award winning documentary. His name is Justin "Chappy" Roberts. I met Justin through his father-in-law, Barry Kelly.

You see, God used Barry by assigning Brian and I to be on Barry's hospitality team at Waters Edge Gathering when we began attending there about 5 years ago. We grew to love and respect this godly man and his lovely wife, leaders in our church and examples of authenticity and grace. Barry offered love and mentoring just by being present. He ministers to men by just loving them. Letting them be themselves. No judgement. Reaching them in a way I had not ever witnessed. Even using a bloodhound, when God led him to...it is remarkable.

A year ago Barry presented a "little documentary" called No Greater Love to the motorcycle ministry that his son-in law put together while he was deployed to Afghanistan . He was the Chaplain for the 101st Airborne during 2010/2011. Justin was only armed with a camera, so he took video footage. I remember hearing about it and was interested but did not fully appreciate what it was about. Until I saw the rough cut during a special screening at Waters Edge, with some "film people". I have seen many war movies. This was not that. This was real, raw, thought provoking and downright painful at times. I am a Woman Marine and a Registered Nurse that worked for years in critical care and hospice. Nothing prepared me to know that 22 veterans are lost every day to suicide. They struggle with the effects of these wars that I only got a mere glimpse of.

I knew right away that I wanted to be part of the mission that this young man was on. It is a mission to change how we, our nation, welcomes home our servicemen and women from war. I thought that if I could just lick envelopes or make some calls to help get this out there, I would be honored. Well, imagine my delight when Justin called me to ask if I would like to be part of the campaign. He is the first person to boldly and gently remind that I am A Woman of Faith, a Woman Marine, A spouse of A Marine, A Registered Nurse and do not mind sharing my experiences ( Gift of gab, they say!)

I am qualified! He said humbly, "but I can't pay you." I said, exuberantly, No worries, "I have a day job!"

You know, this is where we are reminded that God does not call the qualified , He qualifies the called.

In case I was not completely qualified, God has worked on getting me ready. So, He has put some tests in my path to make sure I am qualified. Well, I AM.

Since that first viewing, I have seen this award winning, full length documentary 6 times and am moved each time by the gripping honesty, compassion and commitment that Justin has for our servicemen and women and his desire to spark a movement to give hope to our brothers and sisters in arms.

This 4th of July weekend will be like no other in my life. This year has been full of life changing experiences. God is revealing His purpose for this gal. In this instance, He has shown me just a few connected dots. He sent me to bootcamp at MCRD Parris Island at 18 years old, brought Brian Dixon, Waters Edge & Barry Kelly into my life. The rest, they say, is history! I am honored to be part of this amazing MOVEMENT to change how we welcome our men and women home from war. Let's start by gathering on Sunday afternoon as the Rolling Thunder Motorcycles come in, and we gather under the Patriot's Tent with folks from organizations there to support servicemen and women and their families and share the experience of seeing the award winning full length documentary NO GREATER LOVE.

The Company We Keep

A letter from my first baby girl... 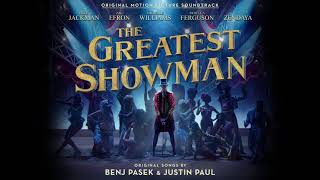 His first day of school... 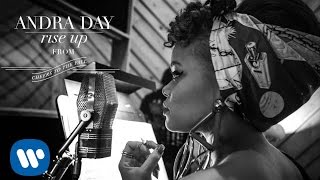 I love when a plan comes together...